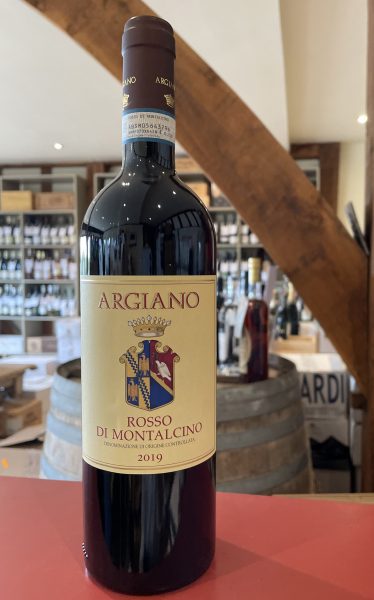 The history of Argiano is ingrained into the region of Montalcino and is undoubtedly one of the most prestigious and historical properties in the region. Once owned by Siena’s noble Pecci family, the construction of Argiano’s splendid villa between 1581 and 1596 is an example of 16th century aristocratic residential architecture designed by Baldassarre Peruzzi, one of the greatest architects ever. During those same years, thanks to the construction of its vast cellar, Argiano developed its winemaking vocation.

Ownership of the estate changed hands over the centuries among various noble families, until the 19th century, when it came into the possession, and enlightened management, of Lady Ersilia Caetani Lovatelli who succeeded in introducing and promoting Argiano’s wines into the finest cultural circles of the time. Known for her great culture; Lady Ersilia Caetani Lovatelli challenged the conventions of the time and devoted herself to learning Greek, Latin and Sanskrit, Caetani-Lovatelli was interested in archaeology and history and published several papers on these subjects. She was a part of several academic societies and was awarded the Laurea Honoris Causa from the University of Halle. In 1879 she became the first woman ever to enter the Accademia Nazionale dei Lincei, the oldest Italian scientific academy as well as becoming a member of the prestigious Accademia della Crusca (generally abbreviated as La Crusca) a Florence-based society of scholars of Italian linguistics and philology

The Countess promoted the wines of Argiano at major cultural gatherings at the Renaissance villa, surrounded by her Brunello vineyards. The villa became a literary salon hosting some of the most important Italian poets, such as Carducci. Among the members of Ersilia’s circle of “intelligentsia” was the poet Gabriele D’Annunzio and the French writer and philosopher Émile Zola. Carducci declaimed “I wipe myself with the Argiano wine, which is so good.” in an enthusiastic letter dated 1886 and addressed to the Countess.

In 1967, Argiano made history, joining with other historical wineries from the area to form the Brunello Consortium. In 1992, the assets of Argiano passed into the hands of Countess Noemi Marone Cinzano, who introduced important innovations into the winery’s management. She began working with the internationally acclaimed oenologist Giacomo Tachis, a partnership which led to the birth of the Supertuscan Solengo; the cultivation of the Sangiovese vineyards was expanded, and the cellars were renovated and modernised.

In 2013 Argiano changed hands once more and was purchased by Brazilian entrepreneur, Andrè Esteves, who appears on the Forbes billionaires list, is a collector of fine wines, Renaissance art, and an aficionado of Italy. Bernardino Sani is the CEO and winemaker of the Estate. In 2019, under Sani’s direction, Argiano became the first company in Montalcino to eliminate all single use plastic and is now entirely plastic free.

Argiano practice an all organic and sustainable method of agriculture, they believe in the balance of biodiversity and strive to attain it through techniques aimed toward soil fertility, implementing with natural products like weeds, chestnut tannins, propolis and zeolite. Even natural insecticides are banned; instead techniques such as sexual confusion and the release of ‘adversarial’ insects are employed. The “Bee” Project which consists of placing hives next to the vineyards joins other projects related to Mycorrhizae and Microzonation studies – the latter in particular, compromising the discovery of different microzones within single vineyard plots. This research is developed to enable a more targeted focus within Argiano’s viticultural approach.

“We believe that the vine should not be designed to our liking, but should be studied, understood, interpreted and respected; we believe that it shouldn’t be manipulated, but allowed to express itself, to define a place, a climate, a harvest. This is what GOOD AGRICULTURE means to us”

Medium bodied with smooth, elegant tannins. The palate is layered with notes of dried cranberry and orange peel, liqourice, damson jam and cooked red fruit. There is a richness of moist spiced fruitcake which is balanced by juicy, fleshy plum and tart plum skin. The finish is long and warm with a peppery edge...

Vineyard/Soil: Grown on vines which are between 12-22 years old on alluvial soil with traces of marl and limestone

Vintage: Winter was average but with a small amount of snow in March. Spring was mild and punctuated with infrequent but heavy rains. The early part of summer was hot, but beneficial rains provided necessary water resources. September was stable, allowing for optimal ripening – a balanced and interesting harvest which took part in the first half of September.

Vinification: Cold soaking prior to fermentation for colour and aromatics. Spontaneous fermentation occurred in temperature-controlled stainless steel with 10 days on skins.

We are always happy to help handpick a special wine for a special occasion.

We also sell BLACK DOG WINE GIFT VOUCHERS - an ideal gift to give any wine enthusiast!