The late Lucien Peyraud may be largely credited with the salvation of this appellation, for in the 1950s the vineyards here were threatened by mass development of holiday villas, then even more perhaps than now a far more effective route to wealth than any amount of toil in the vineyard. The commune is located in the Var, tucked in behind the pretty harbour town that gives its name to the appellation, the teeming city of Marseille to the west and the naval port of Toulon to the east. The key to the uniqueness of the wines produced here is the Mourvèdre grape, a late variety that fights an often losing battle with ripeness at almost any latitude further north. It must provide a minimum of 50% of the raw materiel of both rosé and red wines, with the Mediterranean staples of Grenache, Cinsault, Syrah and Carignane playing variously secondary roles. Indeed, many wines are almost Mourvèdre pur.

The domaine came to the Peyrauds through Lucien’s marriage to ‘Lulu’ Tempier in 1936, and a wedding gift from his father-in-law of a pre-phylloxera bottle of Tempier convinced Lucien of the potential of the variety to produce wine of great ageworthiness and complexity, and its then almost unique partnership with the limestone and clay bowls and terraces that make up the appellation. Tempier releases four cuvées of red, the Classique, which, whilst a notable beneficiary of a sometimes extended period of cellaring has the added virtue of being approachable in its relative youth, whilst the three single vineyard bottlings ‘La Miguoa’, ‘La Tourtine’ and the miniscule ‘Cabassaou’, can wend an intriguingly diverse and meandering course to maturity over two or three decades. There is also a graceful white, and a rosé which is considered to be one of, if not the, world’s very finest.

I was reminded of the extraordinary quality and ageworthiness of the wines of Domaine Tempier when I was lucky enough to share a bottle of wonderfully vigorous and refined ‘Tourtine’ 1990 with some vinophile friends a while back, and I am delighted to have its iconic and rather beautiful label gracing the shelves of The Black Dog once more. 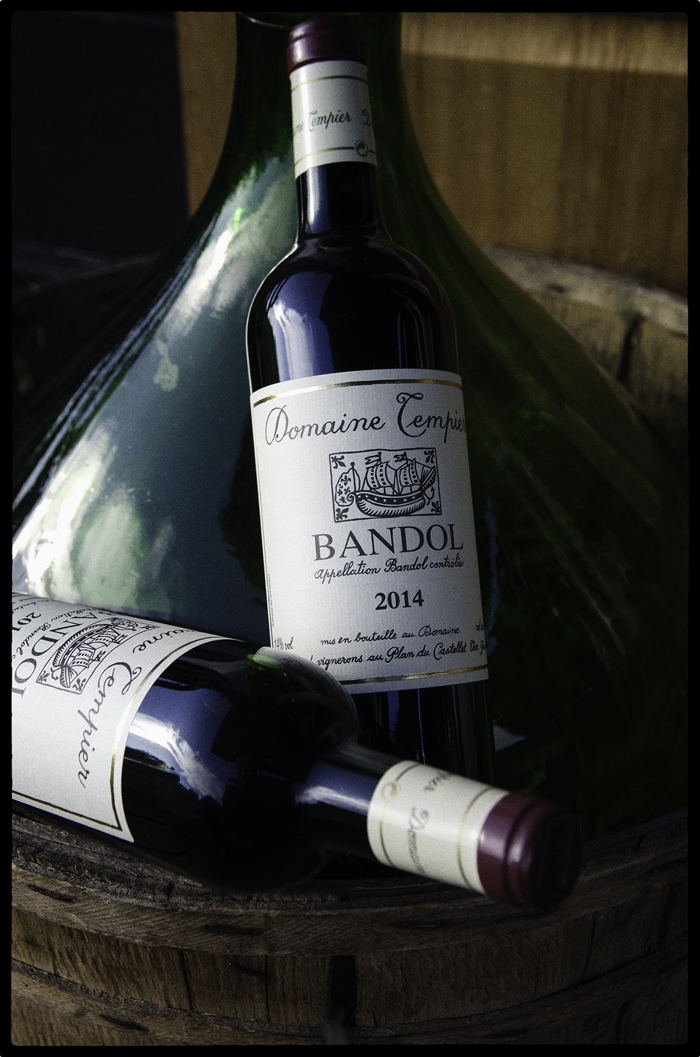