La Gramière was founded in 2005 by two American expats, Amy Lillard & Matthew Kling, who were realising a long-held dream. Amy had a background in wine retail, having worked for the legendary Californian importer Kermit Lynch, so had much experience of great, artisanal wine under her belt. Their search brought them to the classically beautiful Provençale town of Uzès in the south of the Côtes du Rhône, where they bought the house that was to become both home and winery, together with 4.5 hectares of vines on gentle slopes overlooked by the medieval hilltop village of Castillon, near to Pont-du-Gard. They farmed their old Grenache and Syrah vines organically from the very beginning, achieving Ecocert certification in 2011. They have no employees, and carry out all the vineyard and cellar work themselves with the exception of vintage time, when friends and family arrive from all over the world to lend a hand. This is the epitome of handmade, low intervention, artisan scale winemaking, from handpicking of the grapes through to fermentation under the yeasts that occur naturally in the vineyard. There is minimal use of SO2, and just a light filtration before the wine is bottled after having spent two winters maturing in tank.

The 2011 exhibits a fine, medium deep robe, with hints of black. It has rich, grainy aromas of sweet blueberry and dark chocolate, and fills the mouth with robust but fresh, velvety red and black fruits, the initially slightly unresolved tannins now fine grained. It is delicious and unashamedly wild, a wine that breathes its origins, true vin de terroir. It demands food – drink it with rich meat dishes, chargrilled meats, winter stews and casseroles, and farmhouse cheeses. 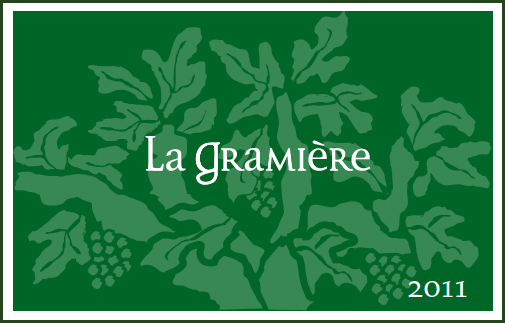