Julien Sunier was brought up in Dijon, the heart of Burgundy, but to a non-winemaking family. After leaving school he worked for a family friend and one of Burgundy’s greats, Christophe Roumier. Following further viticultural stints in New Zealand, California and working for London wine merchant Jasper Morris MW, in 2007 he settled in Beaujolais, where he has acquired some 7 hectares of vines in the communes of Lantignié, Regnié, Morgon and Fleurie. He is dedicated to organic viticulture and sensible, low-intervention winemaking, so no synthetic herbicides, pesticides, fertilisers or fungicides, hand-picking of the fruit, indigenous yeasts and no or very low use of sulphur-dioxide.

His ‘Wild Soul’ cuvée, which comes from the Lantignié (Beaujolais-Villages) appellation, is an absolute delight, with its almost explosive aromatics, immediacy, and a sheen of bright, seductive, intense and perfectly-balanced red fruits. There is no added SO2, just the lightest prickle of CO2. The Regnié comes from 4 parcels of 60 year old vines lying on sand, clay and pink granite, a combination which brings elements of both weight and what he describes as ‘conviviality’. 40% of the crop is vinified anaerobically in fashionable concrete eggs, which brings an extra dynamic of weight, and aged in 228 litre barriques on the fine lees for around 8 months. It too is expressive, open and ‘gouleyant’, with greater weight and complexity than the Wild Soul. The Fleurie blends fruit from vines ranging from 25-60 years on two parcels, one at 250m giving weight and depth, the other on steep slopes at 450m bringing freshness and a precision which is capable of carrying the wine into an interesting, aromatically complex maturity.

These are thrilling wines made with passion and commitment, and we commend them without reservation. 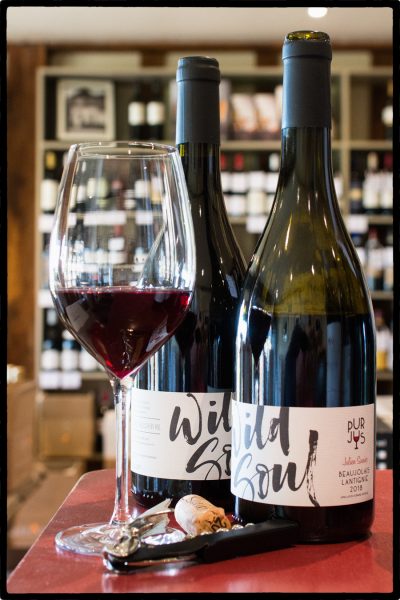