Picpoul de Pinet, which refers to both grape variety and effective appellation, is found on the northern shore of the Bassin de Thau, the sweeping Mediterranean sea lake between Montpellier and Béziers which is famed for its extensive oyster beds. Félines-Jourdan is the largest privately owned producer of Picpoul de Pinet – the majority of the production emanates from the two cooperatives – and by common consent the best. The defining characteristics of Picpoul, or piquepoule, lie within its etymology – ‘pique’ or ‘lip-stinger’ refers to its fresh, crisp, saline character, while ‘poule’ makes reference to soft, maternal qualities. This is true seaside white, very much in the spirit and style of Albarino and its Portugese alter-ego, Vinho Verde, and good sur-lie Muscadet too, for they all share a bright, vivacious, often saline freshness and scream out for oysters, crustacea and fresh grilled fish. The Jourdan vines are grown on three distinct terroirs, ranging from Félines, just beside the bassin close to Mèze, clay and chalk soil which slopes from 12m to a mere 1m and is subject to the cooling nightime breezes from the sea, Cadastres, some 2km north, at 50m the plain of Picpoul, chalk and gravel with low rainfall, and La Coulette, where the vines lie on east-facing slope at 70m, close to the shelter and protection of the pine forest.

The family picks rather later than most, allowing full phenolic maturity in the grapes, with a long, cool fermentation, then the winter months spent on the fine lees before bottling. It is pale in colour, with flashes of green. There are subtle but bright citrus, honeysuckle, fennel and acacia notes which mingle on the nose, and the palate offers ample, ripe fruit with the benchmark citrus acidity and that distinctive saline tang. Outdoors with fresh grilled fish and shellfish, but marvellous with poultry and cheeses too, and as an aperitif so much more interesting than all those look-alike Pinot-Grigios and Sauvignon Blancs. 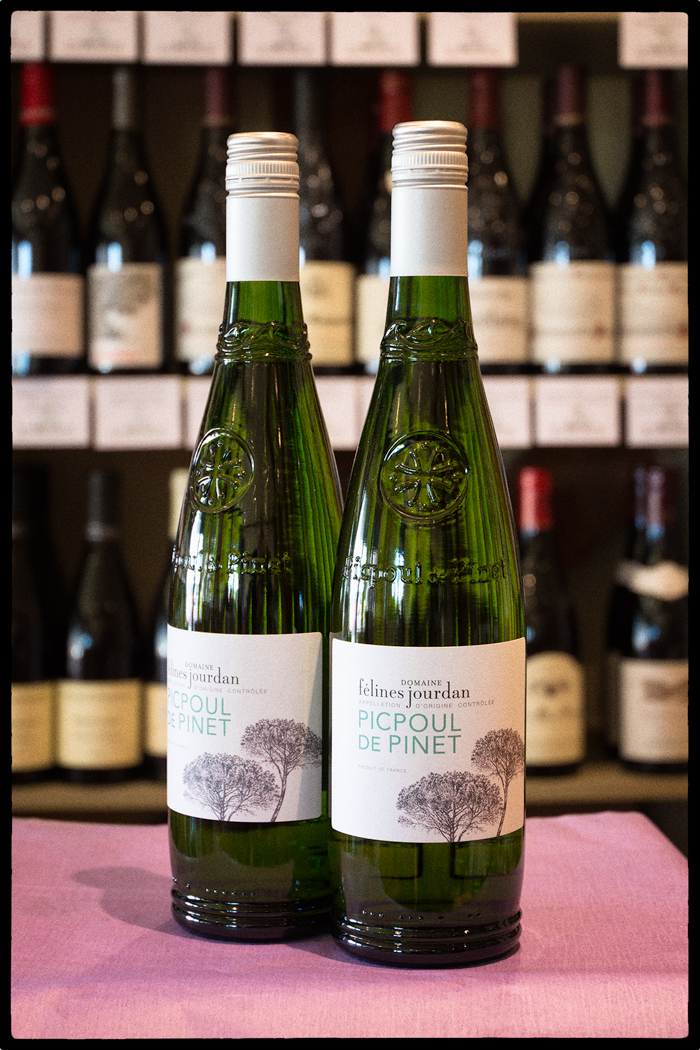