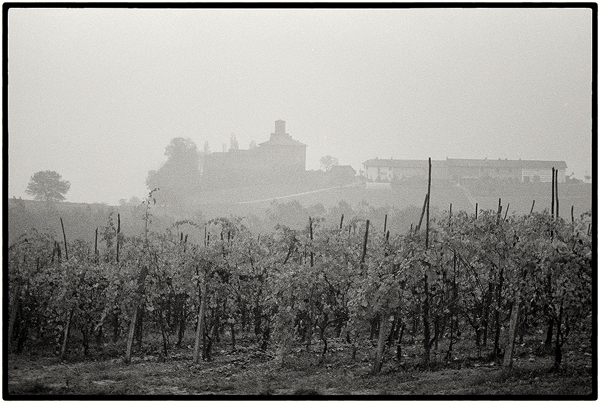 Piemonte, or Piedmont, is Italy’s north-easternmost wine producing region, and is the home of some of the country’s most individual and terroir-driven producers. Surrounded to the north and west by the vast curve of the western Alps, and to the south by the Langhe hills and the northern extreme of the Apennines, it is a traditionally autonomous region, once part of the kingdom of Savoy, with strong links to France, and the driver of Italian industrialisation. The ‘French connection’ undoubtedly influenced the advancement of viticulture and oenology here, and the region is often compared to Burgundy in terms of both the artisan scale, highly individual and obsessively quality-focused nature of the producers, and of the often nuanced and complex wines which are made from the Nebbiolo, qualitatively the leading red variety grown here. The variety is responsible for four of the region’s DOCGs, most significantly the brother-sister greats Barolo and Barbaresco, as well as a further 10 DOCs, of which the best known is Nebbiolo d’Alba.

The leading red grape in quantitative terms is Barbera, which is planted throughout the region, most importantly in Alba, Montferrato and Asti. Traditionally somewhat rustic, with a biting acidity, viticultural and oenological improvements during the 1980s and 1990s, most significantly in the use of lower yields, temperature control and new oak brought about a new-wave style of Barbera, which from the best producers can come close in terms of both price and quality to their Barolos. The third red grape, Dolcetto, is resposible for the region’s day-to-day drinking. Similarly improved over the last 25 years, fine examples provide a delicious, dark, rasping vitality that has been compared with steroidal Beaujolais. They are wines to enjoy, for hedonistic enjoyment is their great attribute, in the first flush of youth.

All three of the red grapes are grown in the Langhe, the spectacular region of hilltop towns and villages just south of Alba, their siting usually defined by altitude and aspect rather than other geological factors, the best south and south-east facing low and mid-slopes reserved for the Nebbiolo grapes which will become Barolo & Barbaresco. The former is centred upon the villages of Barolo, La Morra, Castiglione Falletto, Serralunga d’Alba and Montforte d’Alba, with a distinction, neatly delineated by the Barolo-Alba road on the valley floor, between the softer, more forward and early maturing wines grown on calcerous marls in Barolo and La Morra and the more intense, structured and slower maturing wines produced on the less fertile, more compact sandstones of Monforte and Serralunga d’Alba, and to some degree the spur of Castiglione Falletto. Barbaresco lies to the north and east of the town of Alba, and the calcerous marls are similar to those of Barolo and La Morra, giving wines which are consequently lighter and more elegant and generally earlier-maturing. Indeed, the minimum legal ageing requirement for Barbaresco is a year less than that for Barolo. Both DOCGs possess specific Crus, much as is the case with Burgundy, which give wines of greater complexity, and most producers make a ‘basic’ Barolo/Barbaresco as well as individual bottlings of these vineyards.

There has been considerable effort to resolve the difficulty created by the relatively light colour (like Pinot, Nebbiolo possesses thin skins) and high tannins of the Nebbiolo. Traditionally the wines were given a long, extractive fermentation to draw out the colour, then a long maturation, which could extend for as much as 20 years, in large oak or walnut botte in order to soften the resultantly searing tannins. This gave wines that were pale, brick-brown in colour, inevitably oxidative, which doesn’t preclude the fact that they could be superlative. Modernism, in the form of vinifications in carefully temperature controlled stainless steel followed by shorter periods in French oak barriques gave a style of wine which was in marked contrast to the traditional style, darker in colour, with resolved tannins but an arguably more ‘international’ taste profile. The schism which resulted set brother against brother and father against son in a frequently feisty debate which entertained the wine trade for some years, but which has inevitably now long-subsided into an overall progression and improvement in viticultural and winemaking techniques which has brought the two poles together into a prosperous and productive middle ground that essentially incorporates the best aspects of both. Fine Barolo and Barbaresco can be expected to possess a colour that is rarely very deep, tending towards brick/garnet as it ages, with complex and expansive aromas of plums, sometimes violets or dried roses, tar and liquorice, with full flavours, substantial but ripe tannins, and a rich texture, generally veering towards the more ‘feminine’ in the case of Barbaresco.

White wine production in Piemonte has tripled over the last 30 years. Quantitatively the region’s leading white grape is Moscato, mainly used in variations of Spumante and Frizzante wines, gently sparkling and low in alcohol, which reach their finest manifestation in the DOC Moscato d’Asti. In terms of quality, the Cortese grape, giving the popular and increasingly fine Gavis, has reigned ever more supreme since the 1990s. Once consigned to mere local obscurity, the delicately dry Arneis grape is beginning to reach a more international audience, most particularly that produced in the DOC of Roero, as is the peachy, Vermentino like Favorita.

For lovers of wonderful food and wine, Piemonte and most particularly the Langhe, is one of the most rewarding destinations in the world. During October and early November, when the mists hang to the sides of the hills and the scent of hazelnuts fills the air, the rare and eye-wateringly expensive white Alba truffle is quietly and secretively collected and sold at the truffle market in Alba, and almost every eating place, from humble trattoria to the smartest restaurants will serve you a simple egg pasta, rissotto or carne crudo, or will even elevate a simple fried egg into the realms of gastronomic nirvana with a few delicate shavings of the pungently scented Tartufo Bianca d’Alba.