The name Valpolicella is not synonymous with high quality in the UK market, undoubtedly due to the offerings that appear on the lists of the less discriminating Italian trattoria not just in the UK but in Italy itself. Exposure to the mediocrity of much Valpolicella and its neighbouring white wine counterpart Soave may have made many of us somewhat wary of the category. The true potential for good quality exists however in both appellations and it is simply a bit of a challenge to unearth.

Lucia Raimondi is the proud yet modest proprietor of the Villa Monteleone with its 10 hectares of vines at Sant’Ambrogio in the heart of the Valpolicella Classico zone that lies between Verona and Lake Garda. The vines here, growing on south facing hillsides at 220m altitude have a plant density of some 2500 to the hectare and yield around 4 or 5 kilos per vine. She aims to bottle up to 3000 cases from a normal crop, producing not only Valpolicella Classico, but also some Ripasso, Amarone and Recioto. The style of the straight Classico is utterly delightful, a reminder of the important virtues of honest simplicity and genuine refreshment. With its fresh acidity allied to pure ripe fruit, its overall delicacy and charm, it provides the kind of totally satisfying red wine of which one does not tire of drinking, not one of those that almost seem handicapped by the burden of their strong personality, but something that provides a perfect partner for almost any dish and is delightful and digestible as a refreshing drink on its own. Good sommeliers quickly appreciate the advantage of a wine that sings in the glass the moment it is poured and will encourage diners to call for a second bottle. The wine itself is aged for 6 months in stainless steel followed by 6 months in bottle and is thus uncomplicated by any interference from oak. 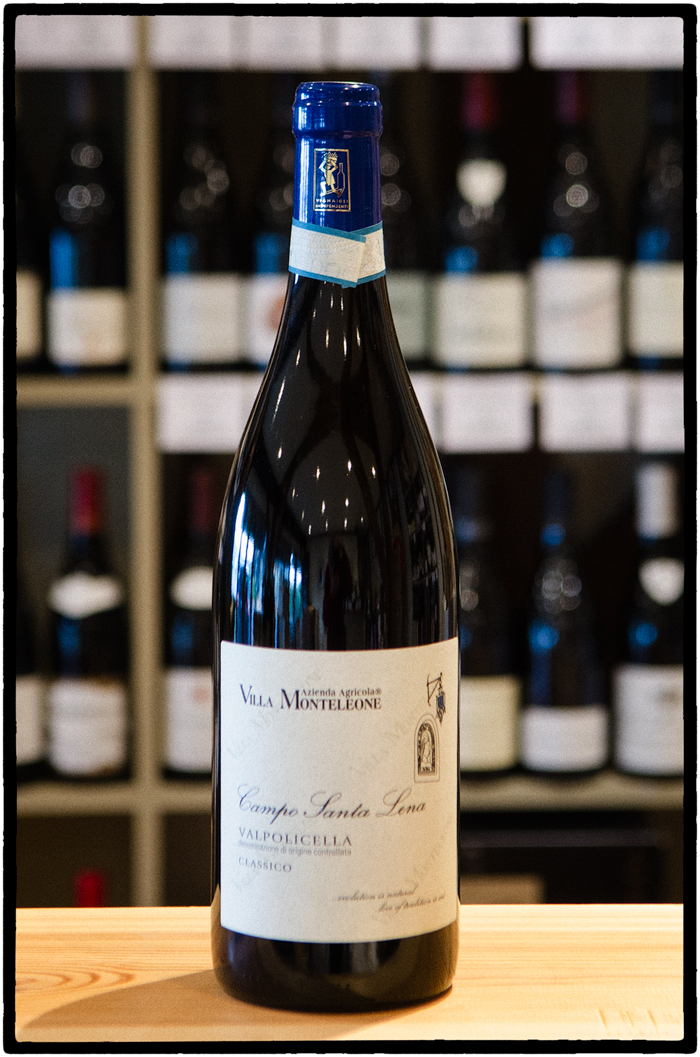