In a region dominated by merchant houses who buy in at least a proportion of their raw material, it is rare indeed to find a family-run firm which sources all of its grapes from its own vineyards. It is rarer still to find one which practices almost identical winemaking techniques to that of its founder, the great-grandfather of the current incumbents, sisters Mercedes & Maria-Jose Lopez de Heredia.

Rafael Lopez de Heredia y Landera originated not from Spain, but Santiago in Chile, and he came here in the footsteps of the Bordeaux merchants who were seeking new sources of grapes following the phylloxera epidemic which had all but wiped out the vineyards of that region. Intrigued by the potential market, he set about building a most remarkable and eccentric Bodega near to the railway station in Haro, the capital of the Rioja Alta, a task that remains unfinished 137 years later. In 1913 he established a 100 hectare vineyard named Tondonia, to be followed by 3 further plots, Gravonia, Bosconia and Cubillo, a total holding today of 170 hectares.

The art of controlled oxidative winemaking on a scale such as this is one that has almost died out, and the wines, most particularly the whites, will come as something of a surprise to those raised on a diet of monovarietal wines made using temperature-controlled stainless steel and the vast battery of tricks and techniques available to the modern-day winemaker. The grapes are handpicked into wooden baskets unique to the winery, and fermented under the yeasts that occur naturally on the skins in a battery of open wooden fermenters. They are then subjected to a long, gently oxidative maturation in 225 litre Bordeaux barriques of Appalachian oak, none of it new, and all of them crafted in the company’s own cooperage – there are some 14,000 of them. Enormous care is taken throughout this process, with regular rackings and great attention to the minutest details. This barrel-ageing process is extended, depending upon the characteristics of vineyard and vintage, to five, six, even up the the maximum permitted 10 years for the Gran Reservas.

Tradition may be sacred here, but this is no mere dusty historical curiosity. An extraordinary postmodern architectural edifice which serves as the tasting room and shop acts as witness to a dynamic, forward-looking company, and the two sisters are astutely intelligent, having created for Lopez de Heredia a global reputation that has given the company something of a cult following amongst informed wine enthusiasts and collectors. The extraordinary wines bear final witness to the time-proven yet almost forgotten virtues of traditional winemaking that is characterised by patience and attention to fine detail. We recommend them without reservation. 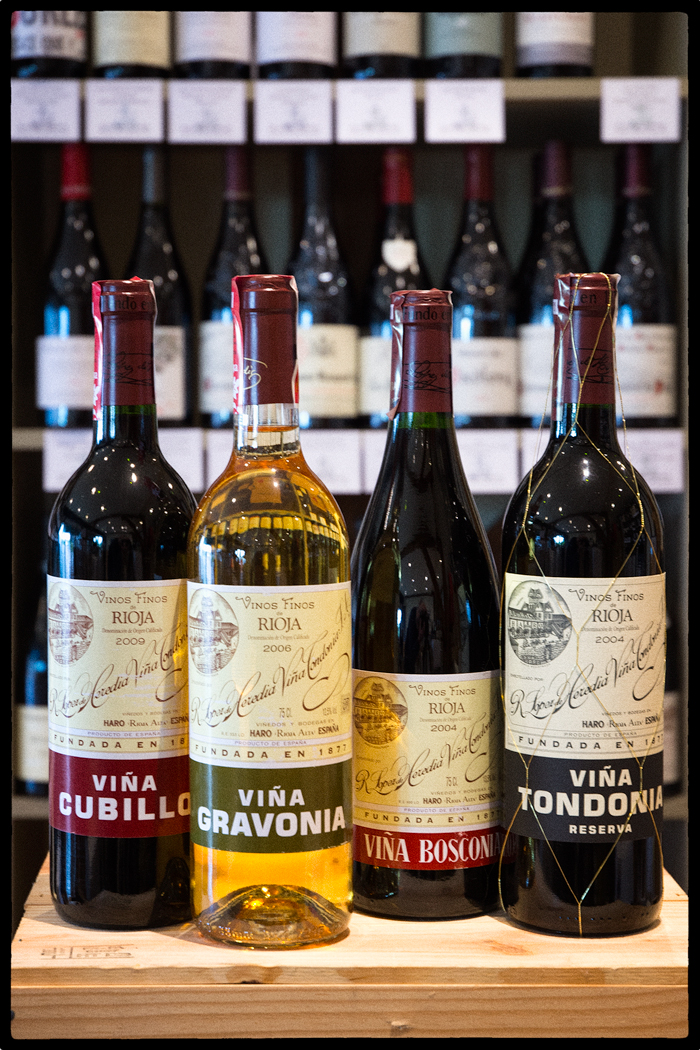